In the midst of the unrest in the world and the current state of affairs in Ukraine, it is our hope that the Catholic Christian community will heed the call of our Blessed mother and pray the Rosary for peace and justice. Our Lady made her first of 3 appearances in Fatima on May 13, 1917 where she revealed her promises if we answer her plea. One promise was the conversion of communist Russia and that God would grant peace in the world.  We are organizing a community-wide living Rosary to be recited on Friday, May 13, 2022 at 6:00 pm on the grounds of St. Therese Church 555 Middletown Ave. North Haven, CT. 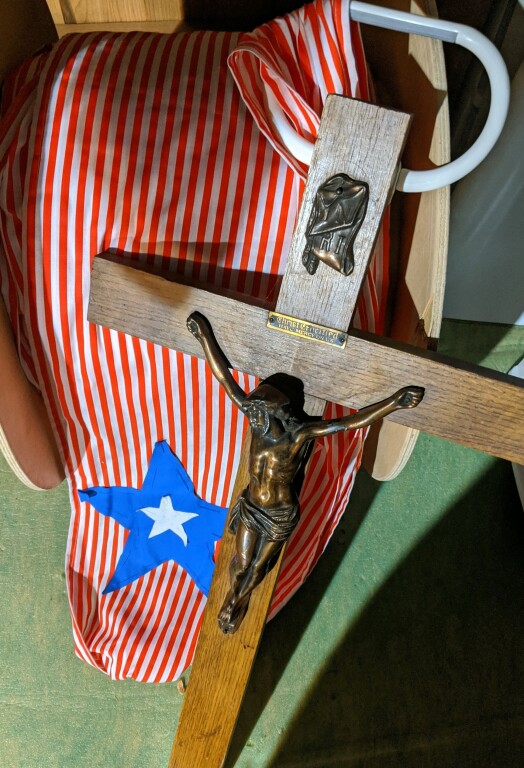 The rosary beads were handmade in 2001 when the first “patriotic living rosary” was held on October 13th, following the events of 9-11.  The beads are approximately 420 feet and we are hoping for enough participants to have a representative at each bead to lead the recitation of that prayer. In addition to prayerful meditation in between decades, there will be Christian music at various intervals throughout the service and we are seeking a donation of rosary beads to hand out to those who don’t have a set.  We will also have handouts on “How to Pray the Rosary” available for anyone who would like one.

“The Fatima Message is the Message for Today”
Fr. Nicholas Gruner

The Blessed Virgin Mary, the Mother of God, appeared six times to 3 shepherd children near Fatima, Portugal between May 13th and October 13th, 1917 with a message from God for every man, woman, and child of our century.  She promised that God would grant peace to the entire world and many souls would go to Heaven if her requests were listened to and obeyed.  Among Her requests was the recitation of the daily rosary.  The Rosary is like a sword or weapon the Mother of God can use to cut down heresy and the forces of evil.  The Rosary is most powerful, and many times has saved the world from situations as bad as the one facing us today.  Pope Pius IX said, “Give me an army saying the Rosary, and I will conquer the world.”

The Catholic Church has officially endorsed the Fatima Message “as worthy of belief” since 1930.  Five successive popes have publicly indicated their approval and belief in the validity and critical importance of the Fatima apparitions.  Several popes have visited Fatima on solemn pilgrimage and Pope John Paul II has gone at least once every decade of his pontificate.  His Holiness has publicly credited Our Lady of Fatima for saving his life during an assassination attempt in 1981(which parenthetically, took place on the 64th anniversary of the first Fatima apparition).  The following year, while in Fatima, the Pope stated that, “the message of Fatima is more relevant and more urgent” than when Our Lady first appeared.