Saint of The Week 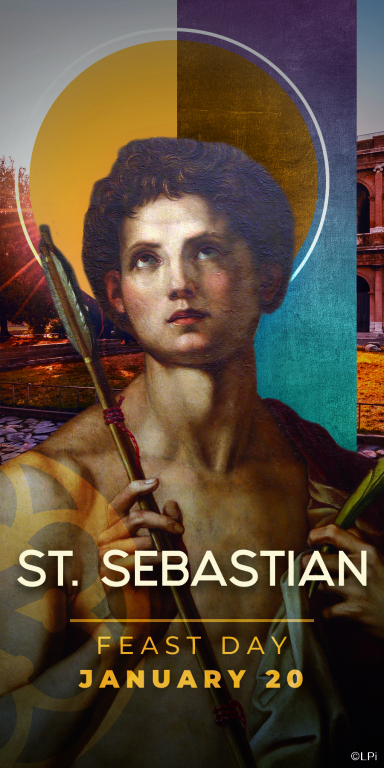 Not much is known about the life of St. Sebastian (256 – 287), except that he was a Roman martyr whose name has been mentioned throughout history since early 350.

We see St. Sebastian many times in art, especially from iconic paintings from Guido Reni, Andrea Mantegna and Hendrick ter Brugghen. Historical scholars now agree that a spiritual story has the beloved saint entering the Roman army because only there could he assist Christian martyrs without arousing suspicion on himself. Eventually he was found out, brought before Emperor Diocletian and delivered to Mauritanian archers to be shot to death. Pierced with arrows, he was left for dead, but managed to survive. He recovered from his wounds but still refused to leave.

One day, St. Sebastian took up a position near where the emperor was to pass. He confronted the emperor, condemning him for his cruelty to Christians. This time the sentence of death was carried out, and St. Sebastian was beaten to death with clubs. Today he is the patron saint of athletes.

January 9, 2022 - The Baptism of the Lord
St. Hilary of Poitiers, Bishop and Doctor of the Church | January 13 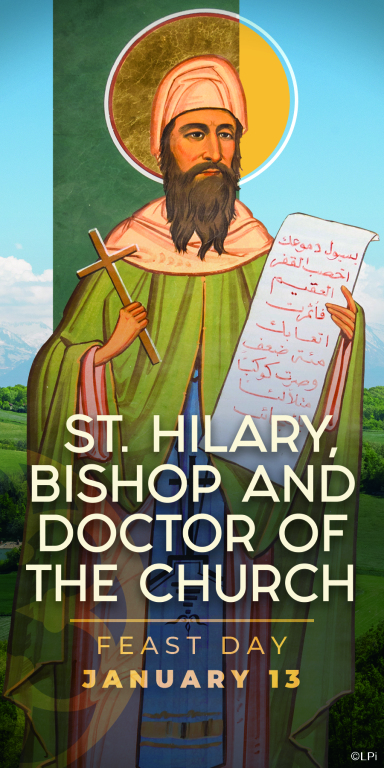 Born a pagan, St. Hilary (c. 315 – c. 367) studied philosophy and the meaning of life, eventually making his way through the bible. He became a convert
and was appointed bishop of Poitiers in 353. Sometimes referred to as the Hammer of the Arians, St. Hilary defended the Nicene Creed against a popular heresy, Arianism. He was exiled to Phrygia for opposing Roman emperor Constantius II, who preferred the heresy which denies Christ’s divinity. From Phyrgia St. Hilary fought with his pen, zealously writing against the heresy.

Eventually he was allowed to return to Poitiers, but did so by a circuitous route, preaching against Arianism all the way. St. Hilary was likely the first
writer of hymns in the West, his writings on the Trinity, Psalms and Gospel of Matthew survive today. St. Hilary was created Doctor of the Church, a title given to those who provided important contributions to theology and doctrine, in 1851 by Pope Pius IX.